My fault?/Your fault! Who is to blame? Comparing Japan and the West

During one of my seminars I gave in Japan, I realized the different reactions Japanese and Westerners have towards being told they have made a mistake.

I am talking about the very first, almost instinctive reaction towards someone who is telling you something is wrong in your presentation, in your report or in the way you did something. But in fact, there is no mistake (but you don’t know that yet when you are told you made a mistake). 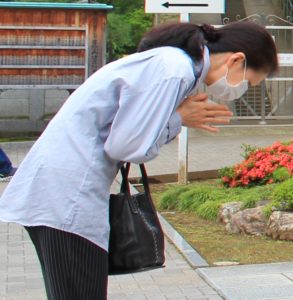 For most Westerners, our first reaction is most likely to be one of a defensive nature, which will be subconscious. Then, depending on the person, some (many) of us will verbalize it even before checking the facts (“It is not my fault”, “Ce n’est pas moi”, “Het is niet mijn fout”, “Es ist nicht meine Schuld” …), while others will check the facts, based on the assumption that they did not make a mistake or are not at fault, before verbalizing it. This process happens fairly quickly, almost subconsciously, but will usually take as the hypothesis that nothing is wrong, until proven otherwise (“innocent until proven guilty” is a Western concept).

For most Japanese, the very first reaction would be to apologize, and intrinsically think they did something wrong. They will look at the facts thinking that they probably missed something, then analyze and realize that they are not at fault. So it is quite different from the Western approach.

This partly explains why the Japanese think Westerners never apologize and are very good at finding excuses, while Westerners tend to think that the Japanese apologize too often, which is sometimes perceived as a lack of self-confidence.

The next time someone tells you that you made a mistake, take a few seconds to think about and identify your first reaction. Was it closer to the Japanese or the Western one?

Advice when working with the Japanese: don’t hesitate to apologize! Rather than admitting guilt, it is a sign of respect for the other person, of humility (“my humble me”) and introspection (“hansei”). It will be much appreciated.

Why do many Japanese people have difficulty speaking and understanding English?
January 18, 2022

What my “Etch A Sketch party” taught me about Japanese high context communication
March 30, 2021

Why Is Reporting So Different in Japanese Companies?
March 10, 2021

Joint projects with Japan or, “How even monkeys, at times, fall from trees”
February 12, 2021
Go to Top
We use cookies on our website to give you the most relevant experience by remembering your preferences and repeat visits. By clicking “Accept”, you consent to the use of ALL the cookies.
Cookie settingsACCEPT
Manage consent

This website uses cookies to improve your experience while you navigate through the website. Out of these, the cookies that are categorized as necessary are stored on your browser as they are essential for the working of basic functionalities of the website. We also use third-party cookies that help us analyze and understand how you use this website. These cookies will be stored in your browser only with your consent. You also have the option to opt-out of these cookies. But opting out of some of these cookies may affect your browsing experience.
Necessary Always Enabled

Any cookies that may not be particularly necessary for the website to function and is used specifically to collect user personal data via analytics, ads, other embedded contents are termed as non-necessary cookies. It is mandatory to procure user consent prior to running these cookies on your website.